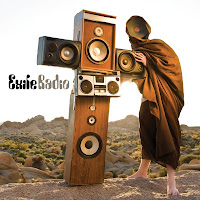 These days, one would be hard-pressed to find a Hip-Hop fan that is satisfied with the culture’s representation on mainstream radio. Take Los Angeles’ Exile, the man responsible for the exceptional production work on 2007’s critically acclaimed collaboration with rapper Blu, Below the Heavens. Long exasperated by the lack of originality on the radio, the sought-after producer brainstormed a concept to reinvent radio through the use of Hip-Hop’s first technique, sampling. -Allhiphop.com