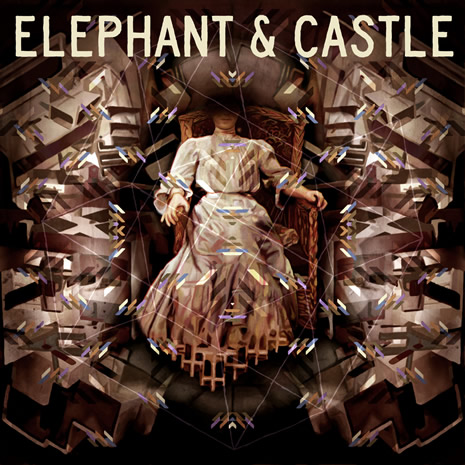 David Vincent Reep (aka Elephant & Castle) isn’t really from any one place. The young producer has lived in Colorado, Texas, London and California. First picking up an acoustic guitar while living in London (his artist moniker comes from a particular London neighborhood), young David didn’t really come from a particularly musical background. His teenage years saw him introduced to the SP-303 and his musical experiments began.

Upon returning to the US, he spent time in Texas before relocating to California and attending an audio-engineering school in the Bay area. There he met many like-minded creatives while interning at Studio 880 and he delved deeper into music. An over-booked flight to Austin for the South by Southwest media conference one year culminated with a frustrated David going to a local Oakland record store and making his Analogue EP. That project would end up being his first foray into making music as more than just a hobby. Interest from Daddy Kev and Pitchfork encouraged him to take it a bit more seriously. The San Franciso Weekly wrote about the EP “sounds like a brief version DJ Shadow’s monumental Endtroducing….. album as visualized by Flying Lotus and his beat scene compatriots.”

David spent the latter half of last year conceptualizing and creating his full-length debut Transitions to be released on Plug Research in 2012. Explaining the music for this project, David states, “With this project, I chose music that resonated with me because I’ve found that if I get a strong emotional reaction from something, chances are other people will feel it too.” David, as Elephant & Castle, has grown into a versatile producer, employing both technical proficiency and intuition to push his music forward.